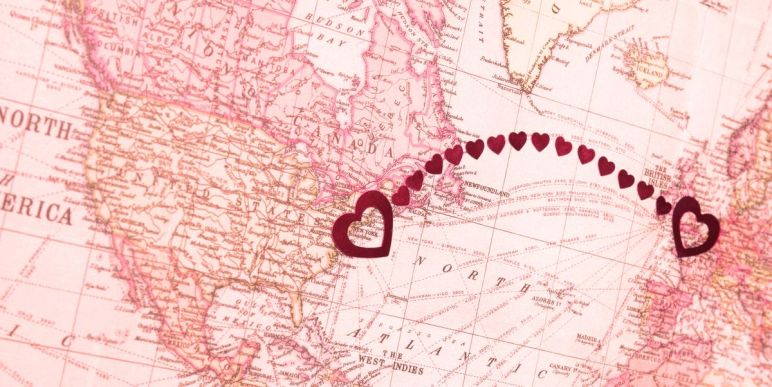 How do you know if you have a long distance friendship, or if your friendship is dwindling away?

Long distance anythings are difficult, especially when it comes to friendships. I know some people would beg to differ and say romantic relationships are harder, but hear me out.

With romantic relationships, they are extremely difficult, but you know you are in a relationship together and to be honest, you’re kinda “forced” to make that effort each day, etc. You made a commitment with this person to stick it out, even while you’re apart. If things go as planned, you still have that daily call, those good morning texts, etc. With friendships, you could have those daily talks, but you could also go weeks, even months, without saying a word to each other.

I have some of those friends where we don’t talk for months on end, and I know that they are still there for me no matter what. I know for a fact that the relationship we have is just as strong! Even if it is a quick “hey, how’s life going?”, you still check in periodically because you are thinking about this person. You care about this person. You don’t even know what to say because it’s been so long, but you say something so simple so it’s at least SOMETHING.

There are friends you make along the way who you know you could go without talking for like an entire year, and they would still be there for you if you ever needed them.

There are friends who moved across the country, but you still text from time to time and say “what’s up” and just catch up on life. With genuine care and curiosity about how the other person is doing.

There are friends friends you stay in consistent contact with and talk with almost everyday. The ones you stay in contact with everyday are real, real friends. But that doesn’t take away from the genuineness of the other types I mentioned above. To me, all of them are considered my friends, friends at a distance.

“There is magic in long-distance friendships. They let you relate to other human beings in a way that goes beyond being physically together and is often more profound.” – Diana Cortes

But, there is another side to this; the dwindling side.

You may have been best friends with someone who goes awol after moving away. A friend who you consistently try to reach out to and get the response, “yeah, let’s FaceTime soon!”. And in your head, you know damn well they are not going to FaceTime you.

There are those types of friends.

You may have experienced the kind of friendships where you’d like to THINK they are there for you if you ever needed, but barely respond to your texts and checkups. BUT…you may hear from them when they’re drunk. That’s fun.

Yet another type of friend.

You may have friends who you just stop talking to altogether, because both of you lacked putting that effort in to maintain the friendship.

In these scenarios, are these people true friends? Or friends who only reach out to you when it’s convenient for them? So that they can tell themselves that they gave the effort?

“I’ve learned that true friendship continues to grow, even over the longest distance.” – Unknown

This one is the worst in my opinion…

The friends who swear that you will always be best friends and was almost “attached to you” when you were living close to each other. Then things dwindle, as we said. THEN…they reach out to you because they need something. It’s like a slap in the face.

Someone you once considered your best friend and a friendship you tried putting effort into at first, but eventually gave up because of their lack of responses.

Slap in the face!! I’d much rather you just text me and ask your question than start out with a fake care about how I’m doing. We both know you don’t really care how I’m doing, and you just needed something.

And the thing is, if they would have just asked, I would have answered and thought nothing of it. But the first part is what kills me. Like, really? If you wanted to know how I was, you would have asked when you didn’t need something. Then you respond to their question, think the conversation will continue, and then they just stop responding after getting their answer.

Friendships come with the same type of responsibility that romantic relationships do, just maybe not as extreme. Both parties still need to make an effort. Friendships are not easy in general, and trying to maintain them at a distance is so much more difficult. If that friendship is authentic and worth it, that difficulty becomes something that can be done with ease.

So, do you have a long distance friendship? Or a friendship that is dwindling away?