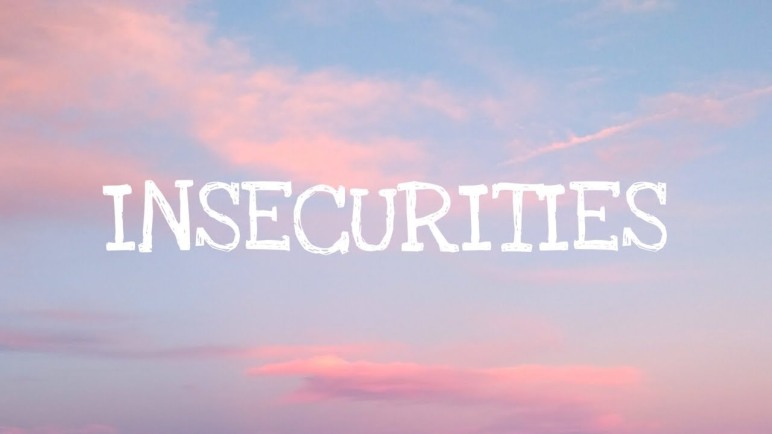 The girl with insecurities is desperately searching for acceptance. That acceptance can be from an employer, a friend, a family member, a romantic partner, or literally anyone else. We want to feel accepted, wanted, and welcomed in every part of our lives. If we are not accepted by someone, maybe other people could brush it off and move on. But the girl with the insecurities will think something’s wrong with themselves and feel rejected. “What did I do wrong?”, “What did I say that was wrong?”, “Should I have acted differently?”, “Should I have talked about a different topic?”. Our insecurities kick in and tell us that we are the problem…

…but after that happens and we think we are the problem, protective mode kicks in. You start thinking to yourself, “you know what, whatever , I don’t need them anyways”, “that’s on them, that’s not on me”, “psshhh, whatever”. We tell ourselves these things in a desperate attempt to protect ourselves and our hearts. And while we are telling ourselves these things, we are still aware of the feeling of rejection underneath. We are just trying to fake it ’til we make it.

We could send a simple text to someone just saying hello, and if we don’t get a response. We will think about that text for daaaaaays. Going back and rereading that text that says “Heyyy!! Haven’t talked to you in a while!” trying to figure out where it went wrong. “Maybe the extra y’s was excessive”, “Do I sound too excited like I’m looking for attention?”, “Should I have even sent this text?“. That text….so simple, yet so relevant and complex to the girl with insecurities.

The girl with the insecurities knows that one of the most attractive qualities in a woman is confidence. So we tell ourselves we need to be confident, even when we don’t feel it. People even reassure those thoughts about people with low self-esteem being unattractive, but they don’t say it maliciously, they don’t know it will make our minds spiral out of control, because they don’t even know we think this way to begin with. “I need to be more confident if I want to be attractive”, “How do I become more confident? Am I unattractive?”. Our minds start driving us crazy because we think our insecurities might cause us to be unattractive, so we obsess over the fact that we need to be more confident, and then feel even more insecure because we are insecure about not feeling confident, then we think something is wrong with us yet again, then we wonder if our insecurity about not being confident is even worse because we are trying too hard. So…fake it ’til you make it. “I’m fine”, “I don’t care what people think”.

Has anyone ever actually made us insecure? Are you able to write down a list of people who are the cause of this insecurity, once you write that list, who is on it? A past romantic partner, an ex-best friend, a family member? Really think about it….how is their character? Who are they as a person?

We tend to forget that our insecurities are something that makes us human, and obsessing over them doesn’t make them go away. We just have to ride with the waves. If an ex broke up with you, maybe you became insecure that something is wrong with you and you’re the problem. But could it just be that you care more than they did? Not even too much, but just care in general. Does that make you insufficient? I think not.

We care about what other people think because we want to have a positive presence in other people’s lives. We care about how we come across because we want to be liked and form connection, which is a basic need for our existence as a human (seriously, look it up!). We care when someone mistreats us because deep down, we know that we deserve better. And knowing that we deserve better makes us question ourselves, because why aren’t we receiving better?

If you want to look at the overall picture…we want to make people smile because we have had people who made us frown. We want to make people happy because we know what it feels like to be upset. We want to help people because we don’t want other people to feel down like we’ve felt before. We want people to like us because not only do we want to be important in someone’s life, we want someone to be important in our lives. These things don’t make us crazy or mean there is anything wrong with us…it means that we are damn good people.

There is nothing wrong with us.

We have depth to us.

We have big hearts.

We can’t forget that.

We can’t let anyone make us forget that.